INVERTED HAMMER CANDLESTICK PATTERN - EVERYTHING YOU NEED TO KNOW

Your chance of success in forex trading depends massively on your ability to analyze the market. Fundamental and technical analysis can help you identify all the things about the trend in the market (direction, strength, and possibility of a reversal). One of the most effective tools used to analyze the trend is the forex candlestick pattern. There have been a lot of patterns recorded by traders since the start of the market. These patterns can give us many clues about the current trend and we can trade accordingly. In my days of trading, a pattern that I encountered frequently is the Inverted Hammer candlestick pattern. Today, we will learn everything about this candlestick pattern, which is how to identify it, what it means, and how we should trade accordingly.

What is the Inverted Hammer candlestick pattern?

The Inverted Hammer is classified as a reversal candlestick pattern, which means it signals an upcoming reversal of a current trend. This pattern consists of a bearish candle (red or black) followed by a bullish candle that looks like an upside down hammer (small body, short lower wick, and long upper wick). The shape of the Inverted Hammer is exactly the same as the Shooting Star pattern but the two are different in their natures. The Inverted Hammer appears in a downtrend and signals a reversal to an uptrend, while the Shooting Star appears at the end of an uptrend and the beginning of a downtrend. 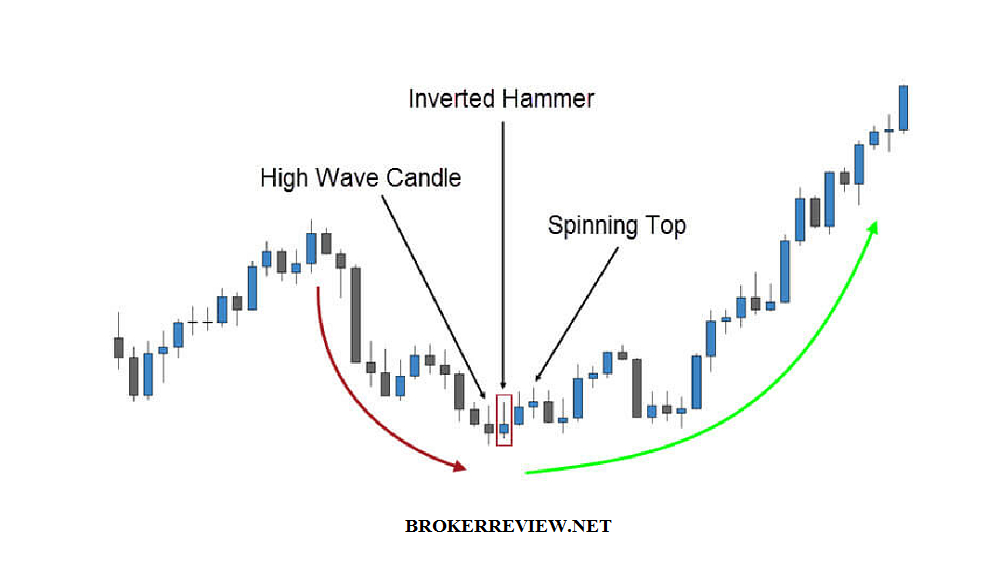 How to identify an Inverted Hammer pattern

How the market creates the Inverted Hammer candlestick pattern?

This candlestick pattern pop up during a downtrend. On the first day, a bearish candle appears, strengthening the downtrend. On the second day, when the Inverted Hammer can be observed, the market will open or close almost at lowest price of the day. After that, the trend is reversed and a recovery can be seen. However, the bulls won't manage to maintain the rise of the price for the rest of the day. At the end of the day, the candlestick will close at the lowest level or very close to it.

However, what decides the potential of this reversal is how the market reacts on the following day. If the next candle open above the body of the Inverted Hammer, it indicates that the bulls are facing loss and they are trying to sell. The longer the market stays above the Inverted Hammer, the more it shows that people are trying to cover their losses with short positions. This can encourage more and more traders to enter long orders. 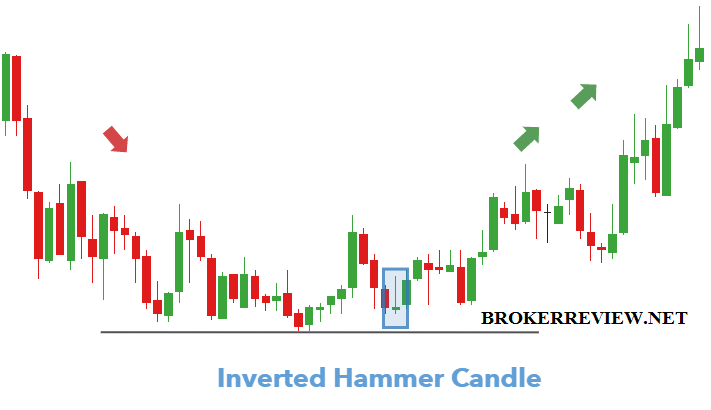 How you should place your orders and Stop Loss

The entry point should be the middle of the upper wick of the Inverted Hammer. But you have to wait for the price to go pass this point to confirm the pattern.

The Stop Loss should be placed below the two most recent lows. After you BUY, if the price goes down instead and closes or makes a new lower low, your Stop Loss will be activated.

Because the Inverted Hammer candlestick pattern is one of the most common patterns in the market, you should learn as much as you can about its nature and characteristics so that you can trade effectively. They can help you read the trends better and improve your trading skills in the future.

Hey, I’m Fanara Filippo. I’m the founder of this site. I'm currently living in Bangkok, Thailand. I have been trading forex for more than 5 years. You can read my articles about the best forex brokers on this page. Let’s review brokers today.

WHO ARE THE SWAP FREE FOREX BROKERS?

ALL TYPES OF FOREX BROKERS IN 2021. SEE FULL LIST NOW!

THE BEST FOREX BROKERS IN BANGLADESH. WHO ARE THEY?